Friends of the Senior & Scout Community Center is a Manhattan Beach community organization dedicated to raising $3.5 Million to re-build the structure known as “The Scout House” adjacent to Josyln Center in Live Oak Park. As representatives of the Manhattan Beach Property Owners Association, Seniors, Boy Scouts and Girl Scouts, we are working together to build a first rate facility that will benefit our whole community.

Whether you’re an individual, a corporation or a foundation, we need your help! Please consider donating today. 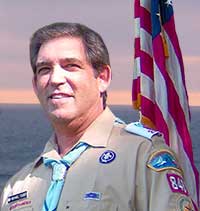 Michael, along with his wife Maggie, raised their three boys in Manhattan Beach and have been residents since 1978. They are the owners of Reliable Plant Service which is based in Manhattan Beach. Michael has always been active in the South Bay community from coaching soccer and baseball to becoming a founding member of Congregation Tikvat Jacob in Manhattan Beach and with his continuing commitment to Boy Scouts. Michael has enjoyed his involvement with Boy Scout Troop 849 in Manhattan Beach for the past 16yrs and counting. He started as an assistant Scout Master and then served as troop Committee Chair the past 6 years. Along with the troop’s scouts Michael has participated in a monthly service project for the Neighbor 2 Neighbor food program which provides meals for those in need and is led by St. Cross Episcopal Church. Michael has also been involved with the Greater Los Angeles Area Boy Scout Council. He was past Chairman of the Religious Relations Committee serving boy scouts of all faiths and is currently Chairman of the Jewish Committee on Scouting. In addition, Michael served as the Committee Chair representing the Los Angeles Area for the “The Boy Scouts of America’s 2010 Rose Parade Float” which celebrated 100 years of scouting. The float earned the prestigious Governor’s Award. 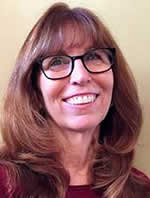 Beth has been a member of the Friends Board since its inception in 2013. She was a Girl Scout leader for her daughter’s troop for eleven years and has served on the Manhattan Beach Girl Scout Neighborhood Service Unit Team for the past ten years. She volunteered in the classroom and on numerous committees at Pacific Elementary School, Manhattan Beach Middle School, and Mira Costa High School. She also served on the Board of the Mira Costa Softball Booster Club for three years.

Beth grew up in the South Bay and is a 35-year resident of Manhattan Beach. She is retired after a 25-year career in law enforcement with the Los Angeles Police Department.

Bret has been involved with locating and funding a new Scout House/Seniors Community Center since the “get go” – first with the City’s “Facilities Master Planning” in the 2000s and then as an (original) Member of the Board. He and his two sons are all Eagle Scouts and Order of the Arrow members. He has been an active leader with both Cub and Boy Scouts in Manhattan Beach for over 16 years; and, has also been very involved with the BSA Pacifica District and Greater Los Angeles Area Council’s leadership, primarily with guiding their adult and youth leader training, and international Scouting relations. In addition to other volunteer efforts, Bret has most significantly been involved with Water Polo. He was a participant in five Olympic Games as an Athlete, Referee, and then International Committee member. In addition to serving upon the U.S. Olympic Committee for 14 years; his service to U.S.A. Water Polo included being its President, Vice-President, Treasurer and Executive Committee Member for nearly 17 years. He was also a member of the FINA-Technical Water Polo Committee; USAS Executive Committee; Executive Board Member, Vice-President and President of the AIA (International Referees Association); and, has been inducted into the U.S. and International Water Polo Hall(s) of Fame.

Bret is currently Milan Capital Management’s Director of Planning and Development. Previously he was a Principal in several other land development companies; and, prior to these posts, he was the Economic Development Director for Downtown Los Angeles, the Community Development Director for several South Bay cities, and the Planning Administrator for Manhattan Beach. Bret has earned a Master in Business Administration from UCLA, Master of Urban Planning from the University of Pennsylvania, and two Bachelor of Arts degrees from UCI – one in History and another in Social Ecology. In addition to several post-graduate certificates, Bret has also been named as a member of the prestigious American Institute of Certified Planners. 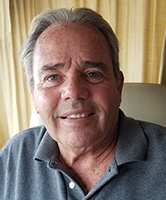 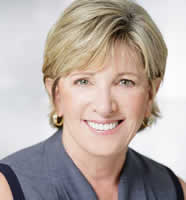 Joan Jones is a Manhattan Beach community volunteer. She served on the City Council from 1994-2000 and as mayor from 1997 to 1998. She represents the Manhattan Beach Property Association on the Board of Directors.

Jones also serves as Chairperson of the Board of Directors of LA BioMed Research Institute, which is located at Harbor-UCLA Medical Center. She recently completed service as Secretary of the Manhattan Beach Education Foundation (MBEF) Endowment Board of Directors. She has been a board member for the El Camino College Bond Committee, Manhattan Beach Education Foundation, Goucher College, Stanford Law School Board of Visitors, South Bay Free Clinic, Mira Costa PTA, and co-founded the non-profit organization Tools to Talent.

Joan worked as an associate with the law firms of Latham and Watkins and Burkely, Moore, Greenberg and Lyman. From 2005 to 2011, she owned a retail knitting store in Manhattan Beach called Beach Knitting. She graduated from Stanford Law School and has a bachelor’s degree in economics from Goucher College in Baltimore. 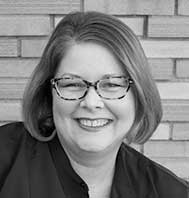 Julie joined the Board in 2016, following a three-year term as the Manhattan Beach Neighborhood Service Unit Manager for Girl Scouts. An active troop leader for both of her daughters, she has taken on many volunteer roles in support of girl scouting in our community. Julie is Principal of Justus McGinity Executive Search, a retained search consulting practice where she partners with non-profit organization clients to assist them in hiring senior leadership. Previously, Julie’s professional experience includes stints in the public and private sectors, serving as Vice President of Berkhemer Clayton Executive Search and in the administrations of California Governors Pete Wilson and Arnold Schwarzenegger. Julie is an active volunteer at American Martyrs Catholic Community with the Hearts for the Homeless ministry. She is a former member of the board of Ronald McDonald House of Los Angeles, and Southern California Corporate Board for Hugh O’Brien Youth Foundation. 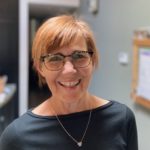 Bonnie and her husband David raised three sons who were all involved in Scouting. David served for 10 years as Den Leader and Cubmaster with Pack 759.

In addition to being on the Friends of Senior & Scout Community Center Board, Bonnie currently sits on the Board of Directors of Chemocessories, a non-profit 501c(3) corporation supporting women undergoing chemotherapy. She is also a Past President of Congregation Tikvat Jacob synagogue and continues to volunteer in different capacities as needed.

Bonnie is a retired seasoned veteran in the advertising industry.

She was a key member of the leadership team at TBWA\Chiat\Day for over 30 years, spending a large part of her tenure running the Nissan North America business.